As summer brings longer days to the Northern Hemisphere, it offers more time to read and be curious, learn approaches and skills, get new insights and perspectives.  Insights to help our own startup business learn and grow faster and nudges to do so on a personal level as well. Endeavors into past, present, and future worlds.

My totally biased and personal selection this summer is listed below. Let me know what you think and, of course, what's on your list? 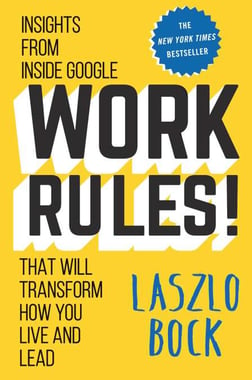 Laszlo Bock was head of “People Operations” at Google where he acquired a wealth of knowledge on recruiting and keeping spectacular people. One of his chief insights is the supremacy of the “sample work test” over the resume, that is, that the best candidates prove themselves in a trial run of a position’s tasks and responsibilities, rather than by their prior education or work history. Bock illustrates that finding talent is an art that requires recognizing what someone can learn and do, rather than just noticing where they’ve been.

Part of what makes How to Win Friends and Influence People so rare, and why I think it has survived for over eighty years, is its empathetic and selfless focus on the needs and perspectives of others. Consolidating the themes of his lectures Carnegie had delivered over the years to businessmen and other ambitious Americans, How to Win Friends concerns, as his editor described, “the art of getting along with people.” His advice, to demonstrate to people “that you recognize their importance,” to appreciate them, and to appeal to their desire to overcome challenges and act from noble motives, has long inspired me as a manager and a human being. I’m rereading it now, and have long incorporated its lessons to be humbler, and to reduce the amount of “I”s in a given email.....  ;-) 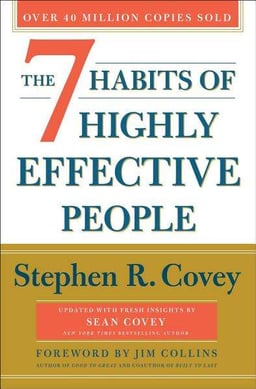 Like Carnegie, Covey has proven the sort of rare, enduring guide to millions of ambitious, focused people. Every time I read The Seven Habits, there’s one or two things worth reminding myself, such as Covey’s observation, “Admission of ignorance is often the first step in our education.” The book has endured multiple decades and enjoyed multiple reprints for the reason that it ignores trends and pop psychology, and focuses on timeless principles of fairness, integrity, honesty, and human dignity. The 7 Habits of Highly Effective People, has empowered and inspired millions of readers, and played a part in the transformation of millions of lives, across all age groups and professions. 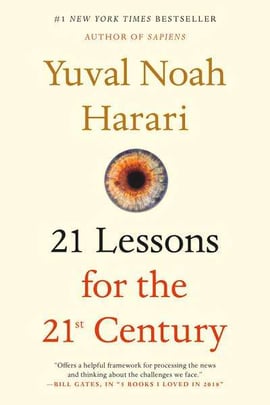 Harari, Israeli historian, has become a rare sort of widely read intellectual, earning plaudits from presidents, politicians, and titans of industry. His 2011 book, Sapiens, captivated millions of readers, impressed Bill Gates (who described it on his blog as “provocative” and “unique”), and has even inspired an upcoming TV drama that will cover 60,000 years of human history. I was recommended his latest book, 21 Lessons for the 21st Century, by a family member, and I’ve been struck by its perspective and occasional optimism. We live, Harari has admitted, in “a moment of extreme disillusionment and bewilderment,” but certain advancements and technologies could lead us toward a better world. An Age of Information can be confusing, distracting, and enervating, but it can also provide opportunities, prosperity, and enrichment that would not otherwise exist. As Harari told The New Yorker this year, “Those who will control the world in the twenty-first century are those who will control data.”

In his most prized of his own works, Nobel laureate Yasunari Kawabata dramatizes a real-life game of Go that took place over six months in 1938. Kawabata reported on the original match, and held plenty of readers’ attention over serialized installments, as it concluded with a veteran go player being defeated by a young newcomer. Being a fan of Go will bring all the more fun to this story that brilliantly illustrates the clashes of tradition and culture against modernity and upheaval. 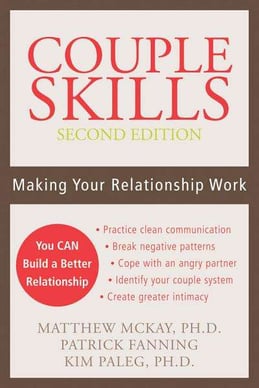 Triggered by the observation that successful couples have certain skills in common, the authors discuss the importance of clear communication, negotiation, handling anger, and listening in a healthy romantic relationship. These are great skills to have in general, business, friendship, or otherwise. Couple Skills is a very hands-on read (“You’ll need to get involved,” the authors warn: “Keep logs and journals, try new behaviors”), but it is rather worth it. Learning how to "make a couple work" is to learn to about making yourself work. 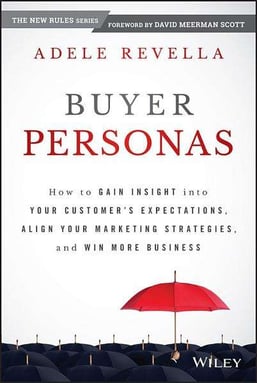 Revella has long advocated for a comprehensive understanding of our customers and their intent. “I worry that ‘buyer persona’ could become just another meaningless buzzword,” she writes. “That would be a shame, because personas are such a useful tool.” A buyer persona, to Revella, is an effective way to “ensure effective messaging and content marketing,” and quality, over quantity matters most. “Have a conversation with them,” Revella writes. “Make it a goal to spend a few hours a month interviewing recent buyers, including those who chose you and those who did not. Ask buyers to walk you through their decision, starting with the moment they decided to solve this problem.” 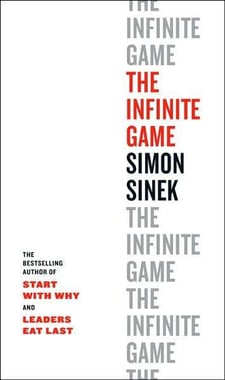 Sinek believes that in life, there are two kinds of games. “In finite games,” he says, “we have competitors, and competitors are there to be beaten. There is a winner and there is a loser in a finite game. In the infinite game, there is no such thing as winning or losing. Instead, there is ahead and behind.”  I found this a pretty fabulous guide to move away from competing, from the binary of winning and losing, and toward an inward commitment to getting better. “In the infinite game,” Sinek reminds us, “the only true competitor is yourself.” 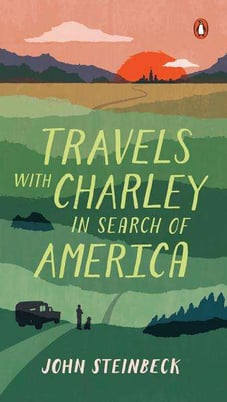 Looking to read some Nobel laureates every summer, and Steinbeck’s travelogue, about a cross-country road trip though “this monster of a land,” with his eponymous French poodle, is a good journey to take when travelling less in real life. Steinbeck, ever the novelist, fabricated much of the dialogue and reorganized the sequence of his trip, but the searching, curious, and even disillusioned spirit of the book resonates. In the last decade of his life, Steinbeck was disheartened by the “chemical wastes” of American rivers, the consumerist habits of “having too many THINGS,” and the fraught march of the Civil Rights movement that left some filled with “fear and anger and terror of change in a changing world.” Yet, he reminds us, “these are my people and this is my country,” from the pines of Maine to the sagebrush of Texas, that there is beauty and purpose to be found, if you know where to look. 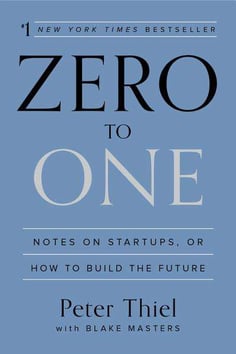 A great startup read and recommendation from a fellow startup founder, written by a Silicon Valley iconoclast, whose company Palantir approaches its highly anticipated IPO this year, challenges some of the conventional wisdom of entrepreneurs and executives. Competition is not some powerful force making companies better, leaner, and smarter—it’s an enervating and costly process that wastes time, resources, and clarity. “War is costly business,” Thiel writes, instead championing startup ventures that grow toward a monopolistic market share, guided by a firm vision that avoids the vagaries of public opinion, trends, and fashion. A book full of provocative lessons, such as: “In perfect competition, a business is so focused on today's margins that it can't possibly plan for a long-term future. Only one thing can allow a business to transcend the daily brute struggle for survival: monopoly profits.” 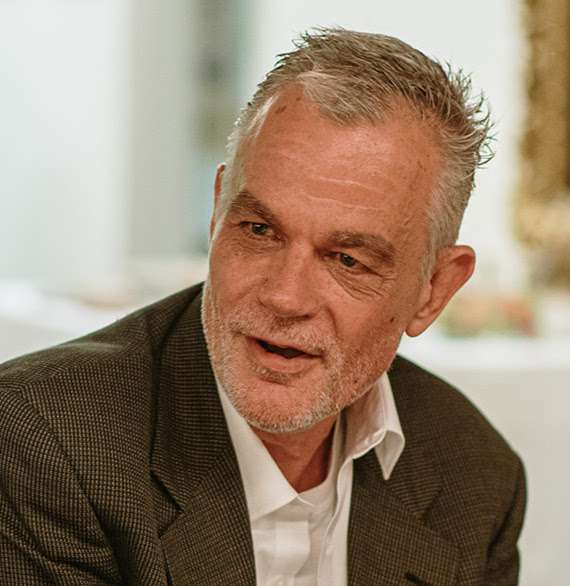 Joachim
My dad taught me to dream big and to work my butt off to make those dreams a reality. Building stuff and helping people succeed is what we are about. And if things don't work the first time, we try again differently. Growing bigger is one thing, growing better is what we aim for. 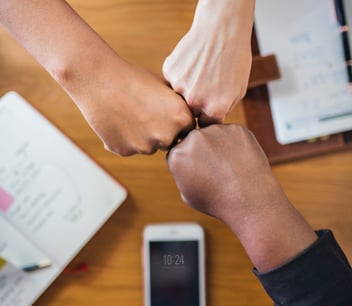 Investing in Your Employees: Startup Edition

The numbers don’t lie. According to a recent Gallup poll, a whopping 85% of the general public does...

Marketing via email gained traction around the turn of the 21st century as personal email accounts... 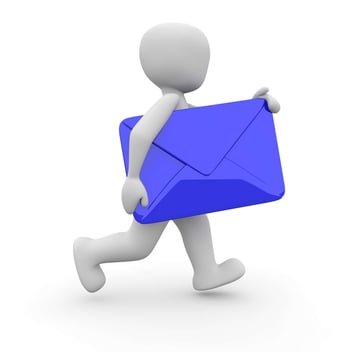